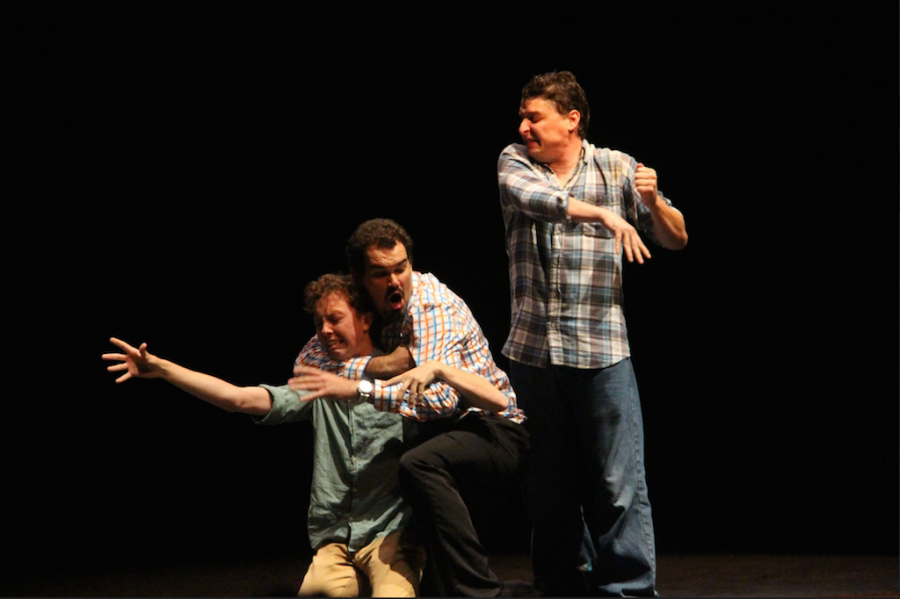 (L-R) Theatre alumnus Matthew Paszkiet, theatre teacher Bradley Barfield, and theatre alumnus Justin Sims perform an improv skit. Mr. Barfield asked the audience to produce a word that was a household item, and once learning the word, the trio proceeded play a game called “Freeze,” in which they were required to do a skit with that word as their starting point. The word was “spatula.”

Meyer Hall was ripe with emotion as students, friends, and colleagues filled its seats on May 27. They were there for Dennis Sims, a former Dreyfoos theatre teacher who was recently diagnosed with lung cancer. Upon hearing of his illness, theatre teacher and past student of Mr. Sims, Bradley Barfield, decided it would be best to honor him with a benefit called “Raising the Stakes,” named after one of Mr. Sims’ widely used phrases. Dreyfoos students and alumni performed pieces from plays Mr. Sims had directed, colleagues and friends gave speeches, and Mr. Sims was thanked endlessly for his lasting contributions on people he has touched.
To donate to Dennis Sims’ lung cancer fund, visit https://www.gofundme.com/dennissimsbenefit