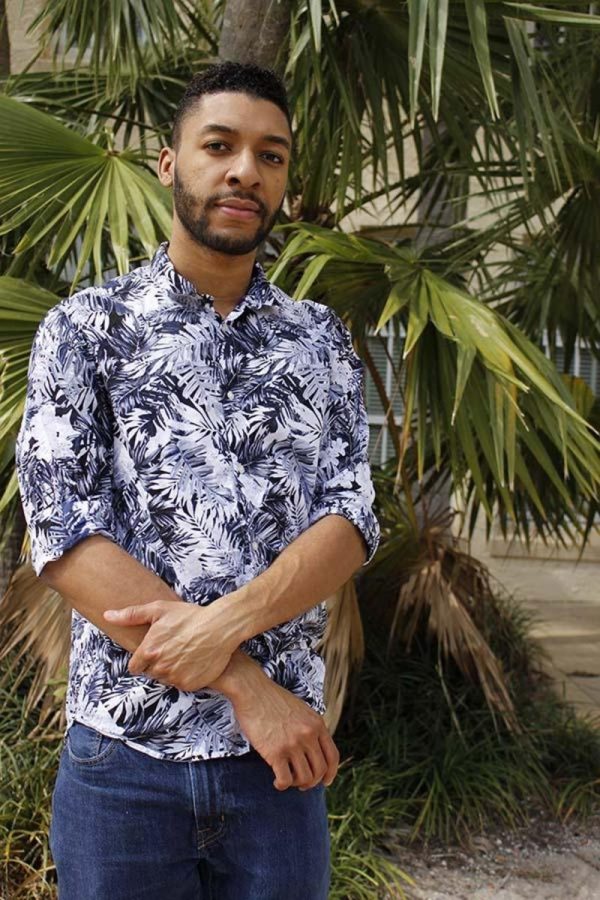 Communications artist in residence Evan Decarmine has had a passion for film since middle school.

Although communications artist in residence Evan Decarmine is new to Dreyfoos, he is not new to the art of film.  Mr. Decarmine was recruited by communications teacher Christine Tieche and took the opportunity to come to Dreyfoos and assist her by using his cinematography skills to teach film students of every grade level.

“I’ve known Ms.Tieche for a long time and she was looking for an artist in residence and I was the first person to come to mind,” Mr. Decarmine said. “She knows me well and her mom actually taught me when I was in high school. [Ms.Tieche] knows my work ethic and that I’m skilled in editing, working a camera, and lighting.”

Mr. Decarmine’s film career began early in his life.  Over one summer while he was still in middle school, he followed in the footsteps of his father and found a passion.

“My dad was very involved in film,” Mr. Decarmine said. “I was with him at a in a summer film camp 10 years ago, just there hanging out and watching high school students make films and other projects, and I thought it was cool how everyone worked together to make an art piece. I also liked the cameras and lighting, seeing behind the scenes and how it [ultimately] all came together.”

Even before coming to Dreyfoos, Mr. Decarmine had already been exposed to many different aspects of film and has had previous experiences will help his current career as an A&R.

“[I’ve been interested in film ever since] I was in 5th grade,” Mr. Decarmine said. “[After that], I went to Ringling College in Sarasota where I studied film and business, taught film at a summer camp, and started my own film company.”

On Mr. Decarmine’s first day working as an A&R, he asked his students twenty questions about their motivation towards film and how they could improve their craft. Since then, he has had a clear vision of how he can use his prior knowledge to help them in the future.

“I want to seek out students who are very passionate about film and have them achieve stories that have an interesting picture that by helping with camera and lighting techniques or showing them basic skills of editing,” Mr.  Decarmine said. “I also want to find artists at the school,  the kids who want to make their assignments more than an assignment and into an art piece.”

Mr. Decarmine is an experienced filmmaker and overall a great addition to the Dreyfoos family.

“[I can help students pursue the art of film] by understanding their story and vision and making it come true,”  Mr.  Decarmine said. “I want to assist students so they can analyze and think critically for what their film means them by enhancing their techniques. I want to help them take their films to the next step so I can help them bridge that gap.”